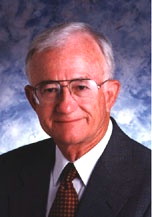 1965-1979 and 1983-2000: Professor, Electrical Engineering Dept., Texas A&M University, College Station, TX. Served as Head of the Electrical Engineering Dept., as Director of the Electric Power Institute, and as Director of the Center for Space Power. During this period he developed and taught courses in the area of electric power and energy systems and conducted and directed research in that area for the electric utility industry in Texas, for the Edison Electric Institute, for the Electric Power Research Institute, for the U. S. Dept. of Energy, for NASA, for the Sandia and Oak Ridge National Laboratories, and for the IEEE. A primary focus of the research was the modeling and assessment of electric power system reliability for planning, design and operating purposes. He retired from Texas A&M University in 2000 and was named Professor Emeritus in 2005.

2008-2011: Unaffiliated Director, Electric Reliability Council of Texas, Inc. He served as Vice Chairman of the Human Resources and Governance Committee and as a member of the Special Nodal Program Committee.

Dr. Patton has authored or co-authored some 123 papers and reports in his fields of research and has contributed to IEEE Standards 493 (Recommended Practice for the Design of Reliable Industrial and Commercial Power Systems) and 399 (Recommended Practice for Industrial and Commercial Power Systems Analysis). Additionally, he has given lectures and presentations on diverse electric power topics at 32 venues in the US and abroad.